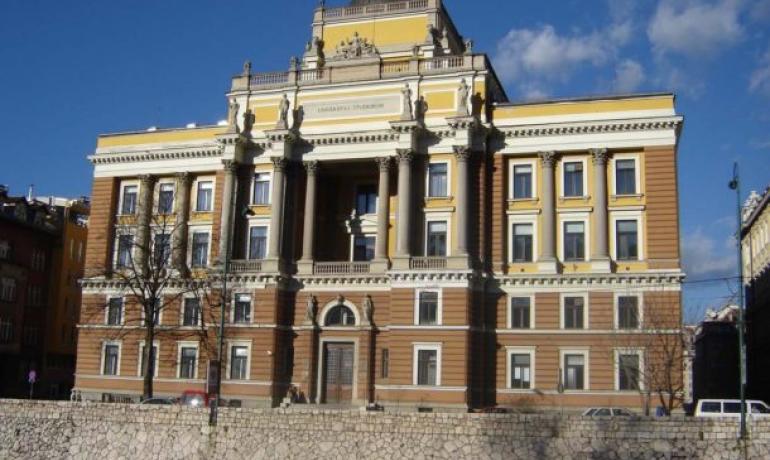 The University of Sarajevo is a public university located in Sarajevo, Bosnia and Herzegovina. It is the largest and oldest university in the country, as well as the oldest institution of higher education in the former Yugoslavia, tracing its origins back to 1537 as an Islamic madrasa. With 20 faculties, three academies and three theological faculties and with 30,866 students enrolled in 2014, it ranks among the largest universities in the Balkans in terms of enrollment. Since it opened in 1949, a total of 122,000 students have obtained a bachelor's degree, 3,891 a master's degree and 2,284 a doctorate in 45 different fields. It is now widely regarded as the most prestigious university in Bosnia and Herzegovina,  and employs over a thousand professors.